The War and North Adams

On the eve of World War I, North Adams resembled the average American city. The citizens were gearing up for war in any way they could. While the newspapers were full of updates on the United States’ involvement in the war, they were also full of advertisements and columns that offered patriotic fervor and more detailed information on how the individual might be affected. On April 4th, 1917 the North Adams Transcript offered clarifications on recruitment efforts:

Administration plans at Washington for raising an army on 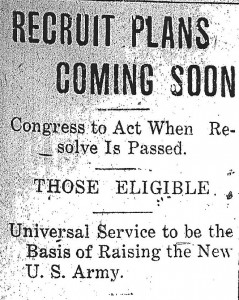 the principle of universal liability [to] service to be submitted to congress as soon as the pending war resolution is adopted, are based on selective conscription of young men to be summoned to the colors as rapidly as they can be trained and officered.  A detailed scheme for the registration of eligibles has been worked out.

After married men, others with dependents, those whose service is [r]equired in industries, have been exempted, others within the age limits fixed will be examined physically and those found fit will be selected, possibly by lot, until the first 500,000 to be trained are secured. It was made clear yesterday that 500,000 is nowhere near the limit needed and that it is expected that more than 500,000 available will be found in the first classification. Others will be trained as rapidly 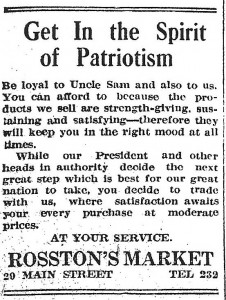 as possible by officers from the regular army, National Guard, and officers’ reserve corps.  Maximum and minimum age limits for the first call are fixed in the administration plan but will not be made public until it is presented to congress. In recent discussions a minimum of 18 and a maximum of 23 have been mentioned.
Standardization of the munitions industry will be one of the first direct steps taken under direction of the national defense council.  A continuous and adequate flow of weapons and ammunition of all kinds will be insured, not only for the American forces but for the entente armies.1 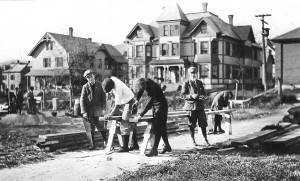 It was in the North Adams schools, especially Drury High School, where one could find an abundance of passion for the war effort and a wealth of patriotic activities. Students and teachers alike worked together to raise money, plant gardens, and organize clubs in an effort to do all they could for their soldiers abroad and for their country. The Superintendent of Schools explains how they were able to use the societal changes that come with wartime as an educational tool:

Our country has been at war during the period covered by this report.  Our schools, in common with those of most other communities, organized on a peace basis, have quickly, willingly and patriotically readjusted themselves to meet the numerous demands of war. Our policy may be said to include and encourage all possible aid to the federal government and to organized relief work, to draw from the war lessons of true and lasting patriotism representing a devotion to country shown not only by saluting the flag or singing the national anthem but also by a willingness to sacrifice individual comfort or indulgence for the common good, of continual personal conduct consistent with what is best in our national life and of using the demands of war on the schools to clarify  and build up the processes of education here. We would like to have patriotism defined, in the hearts of our children, as that expression of life which is true to our national ideals and which includes sincere, courageous effort to do something useful.2

At Drury High School nearly every student became involved in the war effort in some capacity. The town report outlined just a few of the ways students participated:

Women and the War

The women of North Adams contributed greatly, if not on the front lines, then at home, to the effort to lessen the burden on those in the thick of it. The call for women to do all they could in their homes to conserve precious materials began immediately in North Adams, as evidenced by this column published in the North Adams Transcript on April 5th, 1917.

To the Women of North Adams

Editor of the Transcript:-
Will you please publish the following appeal in the columns of your paper.

Women of North Adams-we have arrived at a grave crisis in our national affairs. You can help the United States government without stepping outside your homes. The national resources must be conserved and a good many of these resources pass through the hands of women in the home. Do not destroy anything without first asking yourself “Can it be used?” Do not burn even the smallest scrap of paper or rag. It can be used again. Sell it. Extract all the nutriment from bones and use even some of the water from vegetables and cereals for soup stock. Do not throw away any kind of fat. Try it out and if you have no

use for the drippings, sell them to the tallow company. Do not throw them away. When you have extracted all that can be extracted from food stuffs, do not burn the remainder: put it into the garbage pail, and keep the garbage dry, clean and sweet so you would not be afraid to eat the pig that had eaten the garbage. Remember that whilst pigs are eating garbage, they are not eating grain that can be used for other purposes. Buy judiciously and sparingly, so that nothing is wasted because it spoils before it can be used. In short, do what housekeepers once appeared to be ashamed to do: live closely and carefully; be economical. There is no disgrace in it. The disgrace today is attached to the woman who is prodigal and wasteful. The size of your income should make no difference. You may not need to be careful for yourselves, but be careful for others so that all, even the poorest among us may live and not be pinched. We must leave [no] stone unturned, and if we all do our duty in this respect, there will be plenty  so that everybody may have their needs supplied. It has been said that the makers of a famous mustard grew rich, not from the mustard that people ate but from that which they left on their plates. Think about this and see what it means.

It turns out the women of North Adams were ready and willing to heed that call. About a month later, in May of 1917, an article ran in the Transcript praising the women of the Food Committee for their outstanding work on the war gardens of North Adams, especially with a severe lack of cooperation from other committees.

As presiding officer at the food production meeting in Grand Army hall last evening, W.H. Sperry stated plainly that if it had not been for Chairman Franchere and the women of the committee, the work which has given North Adams the lead 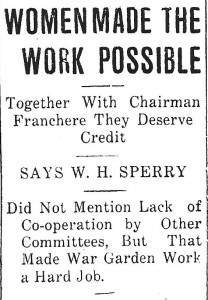 over the entire state in the home garden movement would never have been accomplished.

That so much has been done by a very small group of people, with practically no co-operation of any kind, is due to the fact that the women of the committee have worked for nearly a month, giving up most of their afternoons and evenings to the labor involved, while Mr. Franchere has taken all the time he could spare from his business and some that he could not spare, personally handling many of the problems that have arisen.

In spite of the fact that  there is a finance committee, the food supply committee has received no  financial aid whatever, the only money it has had being about $25 contributed by the Equal Suffrage league, while the members, in several instances, it is understood, paid expenses out of their own pockets.

In spite of the fact that there is an automobile committee, to which the food supply committee has more than once made application for necessary help in the work of locating, inspecting and staking out the gardens, no automobiles have been available through the channel provided. Members of the food committee have personally been able to secure on two or three occasions the loan of cars, but in the majority of cases they have had to hire public conveyances.

No member of the committee has uttered a single word of complaint.6 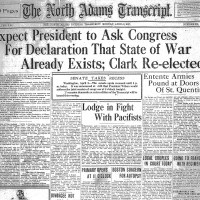 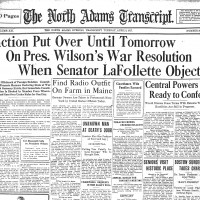 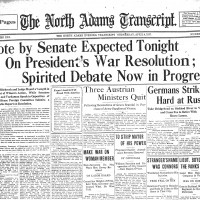 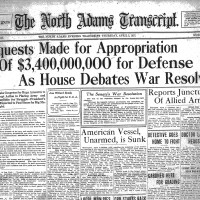 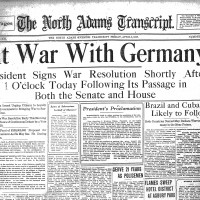 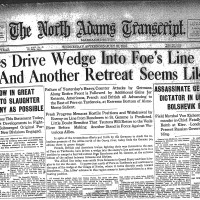 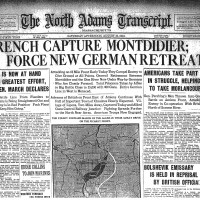 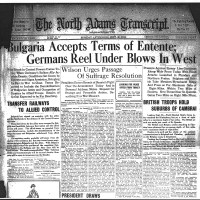 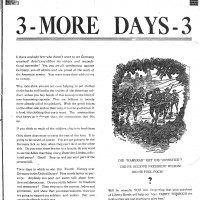 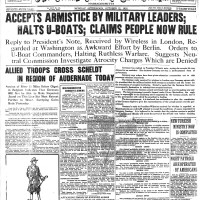 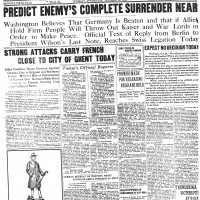 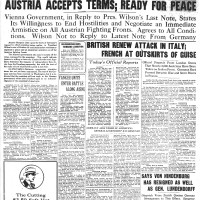 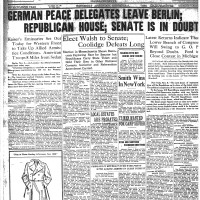 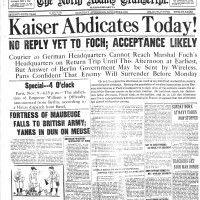 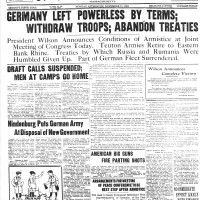 Voices of the Great War →